Menopause is a 30-Something Issue

The Harper Clinic’s founder, Dr Shahzadi Harper is often asked to contribute articles in women’s health magazines and the wider media. We don’t want you to miss out on the valuable advice she provides. The following article was featured on MpoweredWomen.net.

As the one of the leading experts in women’s well-being, Shahzadi is ideally placed to advise on all matters regarding perimenopause and menopause and also fully qualified in vaginal laser treatment. If you think that the Harper Clinic could help you or you would like to speak to Dr Harper, the menopause doctor, make sure you get in touch by calling 0207 637 8820 or emailing to arrange a consultation.

Read on to find out why you should prepare for your menopause while you are in your thirties.

Menopause is a 30-Something Issue

Women in their 30s tend to know very little about the menopause, but knowledge is power. Menopause is going to happen to you, and you can prepare for it.

It is important to think about your future health and to look after your health now, to make the next stage of your life as positive as it can be.

There are five things you need to know, right now, so you can get ready for your future.

ONE. The Menopause might happen sooner than you think

Five per cent of women will have a naturally early menopause; this means that their periods will stop completely when they are under the age of forty five. One in 100 women may go through it before the age of 40, in this case it is called premature ovarian insufficiency. Other possible reasons for an early menopause might be surgery to remove the ovaries or chemotherapy. On average smokers reach menopause just over two years earlier than non-smokers.

If you don’t have an early menopause, symptoms can start earlier than you might have thought. Symptoms begin in perimenopause, the four to 10 years leading up to the menopause. If your menopause is at the average age (51) your symptoms could start aged 41.

During this phase, women often put any changes down to a number of reasons other than the real one. Maybe they are busy with children or looking after parents, their partner, their career – hormones don’t decline in a straight line, they tend to fluctuate, so the change can feel very gradual.

You might think of the main menopause symptom as being hot flushes but often, the very first symptoms of the perimenopause are feeling tired and/or joint pains. You may notice your cycle perhaps getting a bit shorter and/or your periods doing the same. Many women their early 40s report that the main symptoms they notice are things like fatigue and changes in their skin and hair; they also report that the can feel anxious when they never used to, or have started to put on weight around the middle.

TWO. Think about your weight

There are a lot of factors that lead to midlife weight gain and not all of them are down to the menopause. It’s good to be aware that you may not be able to eat as you did in your 20s.

From our 40s onwards, women tend to put on half to 1kg of weight per year. It’s often around the middle, which is related to the decline of oestrogen. Declining testosterone can lead to a drop in metabolism and muscle mass, as well as energy and libido, too. However, weight gain can also be related to the hormone insulin not working as well; or there may be a drop in thyroid function, which also affects metabolism.

THREE. Be aware of breast cancer

Although we hear a lot about younger women who have breast cancer, when women reach the menopause the risk rises significantly. Eight out of 10 cases of breast cancer are in women over the age of 50.

It’s important to be aware of the other breast cancer risk factors so you can reduce them while you’re younger. If you haven’t already, stop smoking. Drinking any amount of alcohol increases your risk; the more you drink, the greater the risk. Weight is also important as breast cancer is linked to being overweight or obese; inactivity will also increase your risk – aim to do at least 150 minutes of moderate activity a week, according to Cancer Research UK.

Breast cancer isn’t the only reason to stay a healthy weight, to exercise, to drink sensibly; these will have an impact on your later life health in other ways, in particular on your cardiovascular health.

FOUR. Look after your pelvic floor

After the menopause and because of the change in oestrogen levels, women are much more likely to suffer from urinary incontinence as well as vaginal dryness and atrophy. So it’s worth getting your pelvic floor in shape as early as possible. This is especially relevant for anyone who’s been pregnant.

“I suggest that my patients look after their pelvic floor by doing pelvic floor exercises pre and post pregnancy, and keep doing them.” Dr Harper

FIVE. Be prepared, not scared

In an ideal world, everyone would be aware and educated about the menopause. It is as natural a process as pregnancy. There is treatment and support readily available and it shouldn’t be something women get anxious about, it shouldn’t be scary – it is a manageable phase of life. At the Harper Clinic we also think that it should be spoken about in the workplace too, with employers developing a menopause policy in order to make life a little easier for their female employees.

Dr Harper’s final advice: “The earlier in your life you tackle the lifestyle factors above – smoking, drinking, exercise, eating well – the better prepared you’ll be when the menopause does happen. If you are in good shape and get good advice, the menopause needn’t be terrible, although it may still be challenging at times. That’s why it’s worth focusing time and energy on your health, right now.”

Article was published on MpoweredWomen.net. 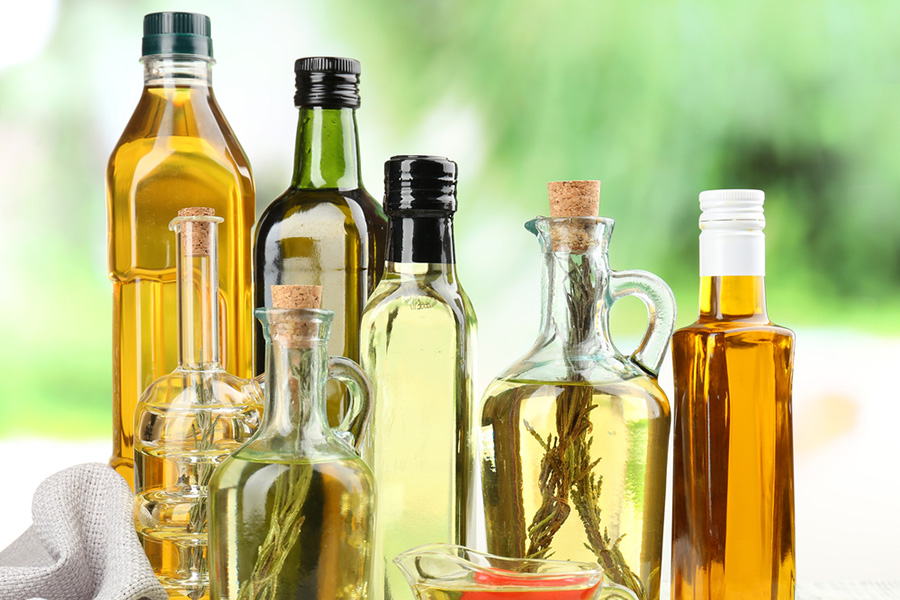 Should you use Cooking Oils to Soothe your Dry Vagina We use Mailchimp as our marketing automation platform. By clicking below to submit this form, you acknowledge that the information you provide will be transferred to Mailchimp for processing in accordance with their privacy policy.